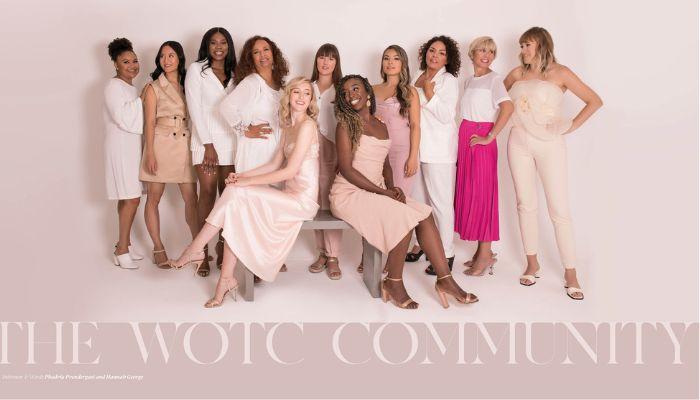 WOTC Magazine will launch a fashion fund for budding brands –

Women of the City magazine (WOTC), a magazine aimed at businesswomen, said it had developed plans to launch a fashion fund to support budding fashion brands.

The launch, which will take place during the second edition of WOTC Fashion Week, one of London’s biggest women’s shows, will also give women a platform to showcase their talents.

WOTC Fashion Week will also see the launch of an art exhibition for female artists and a £10,000 fund will be launched in conjunction with WOTC’s ‘Woman of the Year’ and Marine Tanguy, founder of MTArt Agency.

Phadria Prendergast, editor-in-chief of WOTC Magazine, who is known for being the first to use her platform to bring other editors together in one room, also defended WOTC Fashion Week.

Also read: The importance of encouraging STEM in young women

Prendergast brought together Trish Halpin, former editor-in-chief of Marie Claire Magazine; Alexandra Shulman, former editor of British Vogue, who was the publication’s longest serving editor as well as editors like Lorraine Candy and Toni-Blaze of Wonderland on the magazine’s glossy covers.

Prendergast, who over the past two years has been breaking down barriers, said she was determined to do more. She has worked with the British Fashion Council with Caroline Rush, its CEO, and Marigay McKee, former fashion director at Harrods and president of Saks.

Prendergast’s varied experience and contacts have positioned her to support the world’s most talented creatives, with a particular focus on those from underrepresented and disadvantaged backgrounds.

In her early twenties, working for the YOOX Net-a-Porter Group on their three global NET-A-PORTER channels, she generated a million in revenue, and the same ambitious sales strategy is reflected at WOTC Magazine which reported a million in less than two years.

Prendergast moved to the UK aged 7 from Jamaica where she was born and raised in Waltham Forest. She has the ambition to help two million women by 2023.

The best sneaker brands never fall out of favor