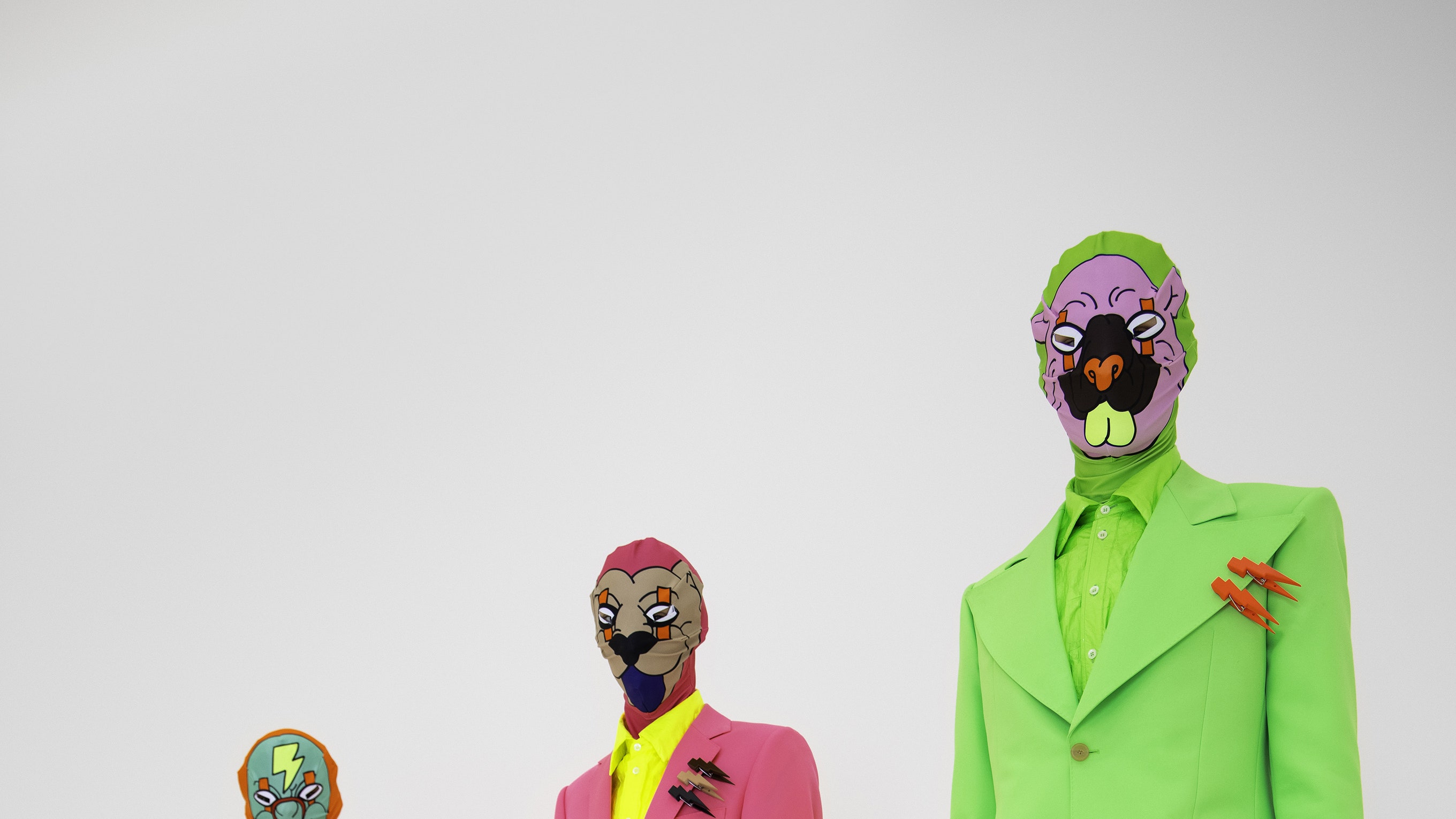 We imagine that attending a rave in the company of Walter Van Beirendonck would be a good time to bleed from the nose. When we jumped on a call last month to discuss this collection, the pictures here weren’t done yet, but WvB had instead referred to a movie outlining their thesis for the season. â€œI was reading about the fact that today’s subcultures don’t have the conditions to flourish and grow. I’ve always been very fascinated with subcultures and the way they’re created – they have such an impact on fashion, and everything. So I thought why not create my own subculture.

The result of WvB’s hydroponics subculture was a fictional band named The Subs, who were preparing for a world tour in the year 2057 by donning their costume. As he explained that the fictional band was played by the real Belgian trance technoists The Sums, he wore a great hoodie with a smiley face and the name of their recent wonderful song, “I want to dance againâ€, Whose superb video features unmistakable WvBs.

Neon Shadow was envisioned by the designer as the leaders of a futuristic tribe of flamboyant menswear called the Pee Cocks (you don’t get it from Pitti). From laser-cut capes with built-in acid, citrus gimp masks and a few small contrasting “gnomes with sex toys” prints, it was a collection for every occasion that could intersect with 10 hours of wanking in front. a bass bin (always the best place). WvB extended the vanity to produce a fanzine – the true hallmark of an old-fashioned scene – and had The Subs record a track “Neon Shadow”. As we said, WvB mentioned that their staff are currently working on organizing a rave at the Sportpaleis in Antwerp for September or October: â€œAm I going? Yeah yeah yeah!”