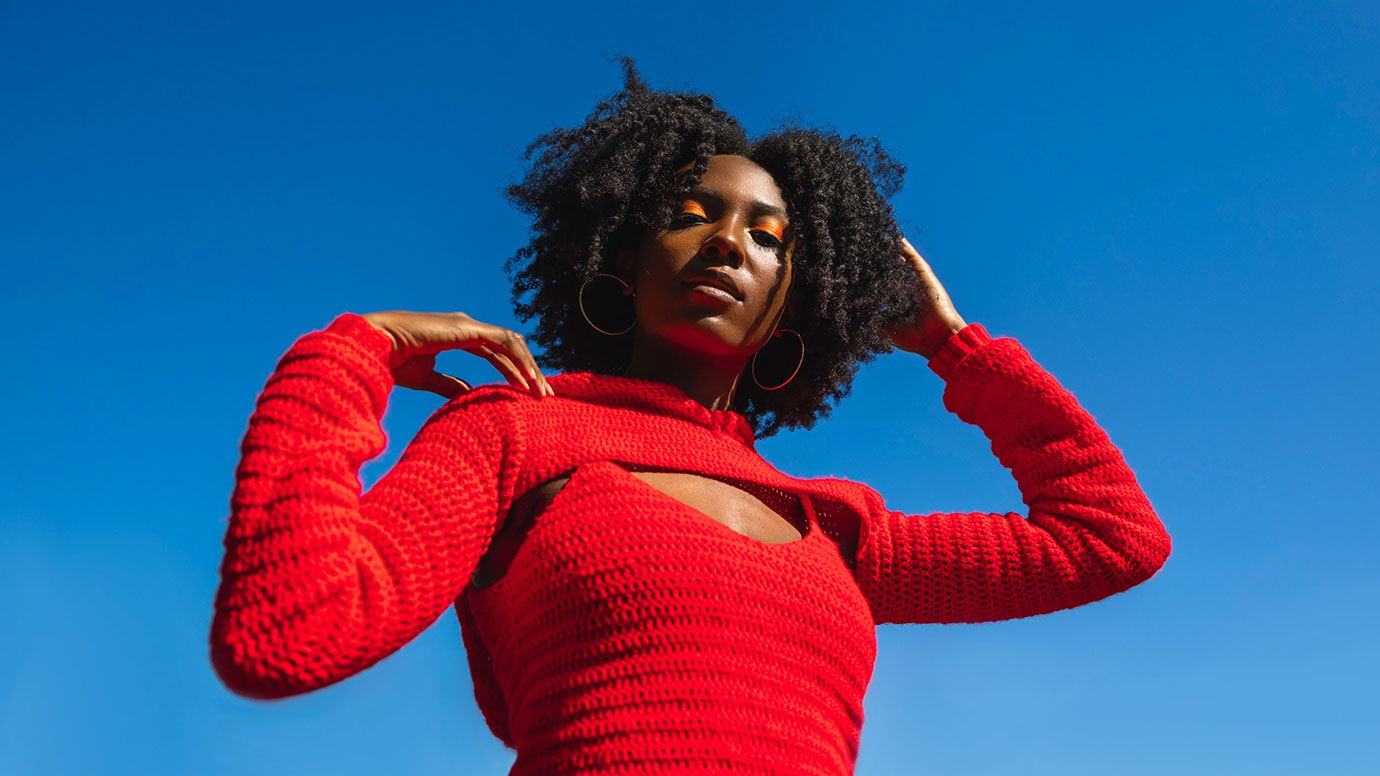 In addition to her work with OBS, Clottey works as a student coordinator for CCSS. As a first-generation, low-income (FLI) student, she said the Chicago Academic Achievement Program was instrumental in building her confidence and helping her acclimate to the academic rigor of the College. before the start of classes. It also inspired her to support future incoming FLI students.

“The CCSS helps provide resources such as books, technology, tuition/housing, food and more so that FLI students can come to the University on an equal footing” , she said. “CCSS has helped me feel like I belong here, and it’s been so amazing to be a part of the work they’re doing to bridge that gap.”

Clottey also follows her passion for social impact media work through both podcasting and fashion design.

During the summer following its sophomore year, Clottey and executive producers Lena Diasti and Hope Houston relaunched and renamed “A little Sorta Brown,” a dormant podcast that had been founded by students at the Harris School of Social Policy. Recognized last year by Spotify and NPR As one of the best podcasts for college students in the country, the show offers a deep dive into conversation at the intersection of identity, politics and action by tackling issues deeply rooted in the experiences of communities of color across the United States.

As the podcast’s Outreach Manager, Clottey is responsible for finding guest speakers and coming up with episode concepts that align with the podcast’s quarterly themes. For one of their recent episodes on black feminism, Clottey tried to tie Africana from Speculative Fiction to Science Fiction.

“Who knew you could fuse these things together?” Clottey said. “We have to be so creative with it, adding some really cool storytelling type vibes. I really like that ‘Kinda Sorta Brown’ was an outlet for that. And I was able to learn so much about other communities, whether it was the Asian community or the indigenous community. So, that was just really cool.

She found another outlet for her creativity in the summer of 2020. As Black Lives Matter protests peaked amid the pandemic, Clottey turned to fashion as a form of social upliftment, launching a handmade clothing brand called T’Kor Couture.

Clottey had learned to crochet when she was 12 by watching videos on YouTube, but began honing her skills during her quarantine. With over 10,000 followers on Instagram, T’Kor Couture is a one-of-a-kind, ethically sourced clothing line that showcases the limitless dimensions of black culture. Using vibrant colors, oversized silhouettes and crown symbolism, Clottey draws inspiration from notable black designers like artist Jean-Michele Basquiat and playwright Ntozake Shange.

Her passion for black fashion inspired her thesis subject entitled “The (R)evolution of black fashion: the black dress in predominantly white institutions”. Her primary method of research was interviews with black students to examine what the robe can tell us about how black students move through predominantly white institutions. She hopes to continue to grow the business after she graduated as a creative way to stay civically engaged.

T’Kor Couture was also selected to participate in the 2021 Polsky Accelerator program, which helped Clottey launch her brand and see herself as an entrepreneur and entrepreneur.

In the election campaign

As part of her lifelong advocacy mission, Clottey joined the Leaders of Color cohort at the Institute of Politics (IOP) in her first year. They took a trip to Des Moines, Iowa, in the summer of 2019 to work as a communications officer on Kamala Harris’ diverse female-led team ahead of the 2020 Iowa caucuses.

Working from 7 a.m. to 7 p.m. on the campaign daily, Clottey orchestrated many door-to-door canvassing responsibilities, as well as working with the press and Harris’ communications team. This job, which also allowed him to meet future President Joe Biden, is what initially sparked his interest in communications, media and television.

“I saw there were other ways to advocate outside of the law and become a politician,” Clottey said. “I could still do civic engagement, but do it more in the media space and do it more creatively.”

The following summer, Clottey worked as a communications intern at All In Together, a nonprofit organization that provides hands-on, nonpartisan civics education to American women. In this role, she used social media and newsletters to advance the political and civic participation of women of voting age. She has also been instrumental in hosting virtual webinars featuring guests like Reps Ayanna Pressley and Nancy Pelosi.

These experiences, Clottey said, not only helped her discover her passion for media, but also taught her the value of working with a tight-knit, inclusive and diverse group of women.

Throughout her endeavors, Clottey continued to draw inspiration from Michelle Obama. At the end of last year, her dream of meeting her lifelong role model came true.

Scrolling through her inbox one day in October, Clottey came across an email from the Center for Identity and Inclusion promoting a live event featuring the former first lady. She clicked on the flyer at the bottom of the message, which contained a request for a UChicago student to join Obama for a television special. It was due the same day.

Without hesitation, she applied. On November 8, she was flown to Washington, DC, to participate in a tv special with Obama, hosted by actress Yara Shahidi and produced by BET in conjunction with Penguin Random House.

In the episode, Obama, Shahidi, and a diverse set of academic panelists from 13 other schools discussed themes from Obama’s memoir, “Becoming.” Meanwhile, back in Hyde Park, more than 1,300 members of the UChicago community tuned in to the live stream in support of Clottey.

Italian fashion house Gucci is building a city on Roblox