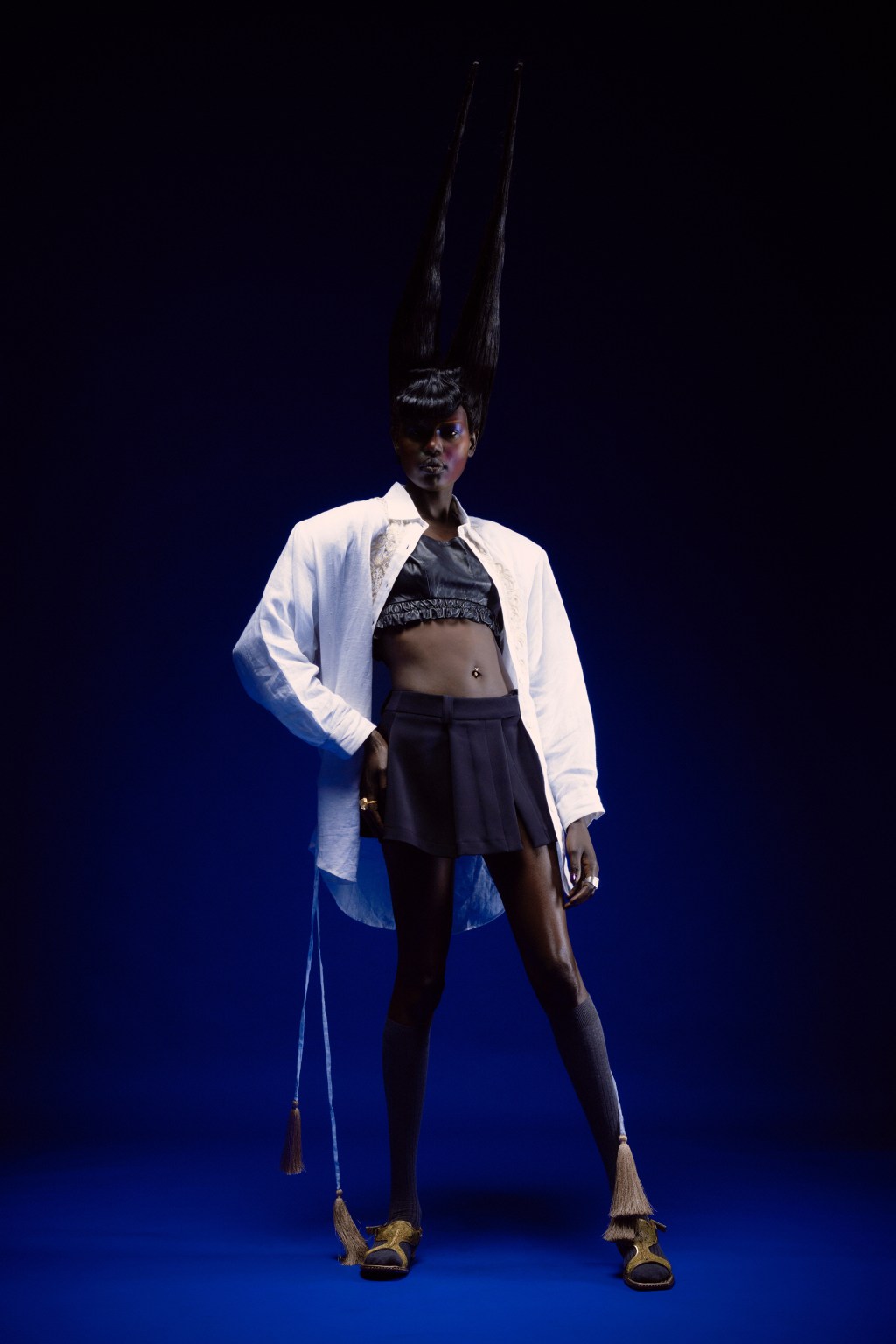 Osman Yousefzada goes beyond fashion and design into a myriad of new creative fields. Earlier this year he published his first book, “The Go Between”, a memoir about his childhood in the Afghan Pashtun island community of Birmingham, England.

He has also exhibited art and installations internationally and collaborated with Selfridges on a range of projects. A new group of paintings based on talismanic objects are set to be unveiled in Selfridges personal shopping area.

Yousefzada also continues to design seasonal collections, and for fall he called on a diverse group of models to show off his dramatic, pleated and shimmering designs.

He showcased traditional textiles, prints and handicrafts from India and Central Asia, and filled his lookbook with activists, artists, models and designers of diverse backgrounds and body types.

The designer said he tries to change the narrative around his work, spark an “interdisciplinary conversation” and create clothes with “depth and message”. He continues to work with recycled materials, hand-woven fabrics and embroidery made in India by local artisans.

His references were drawn from a variety of sources, including Roberto Capucci, traditional Afghan clothing and the multicolored velvet blankets that are a staple of South Asian homes. He whipped the latter into a long royal cape and spun gold embroidery from the Afghan men’s waistcoats into a belted coat with printed patchwork panels.

There was a touch of Capucci in the loose peignoir-like robes with wide draped sleeves; a dark purple skirt with layers of soft pleats and a long black dress with a shimmering bodice like a medieval breastplate.

Yousefzada also took inspiration from the South Asian kurta style, creating a dramatic, embroidered patchwork coat with wide, pointed shoulders that gave a whole new meaning to powerful clothing. Specialty pieces are the most popular at retail, said Yousefzada, who sells her collections at Harvey Nichols, Selfridges and Farfetch.