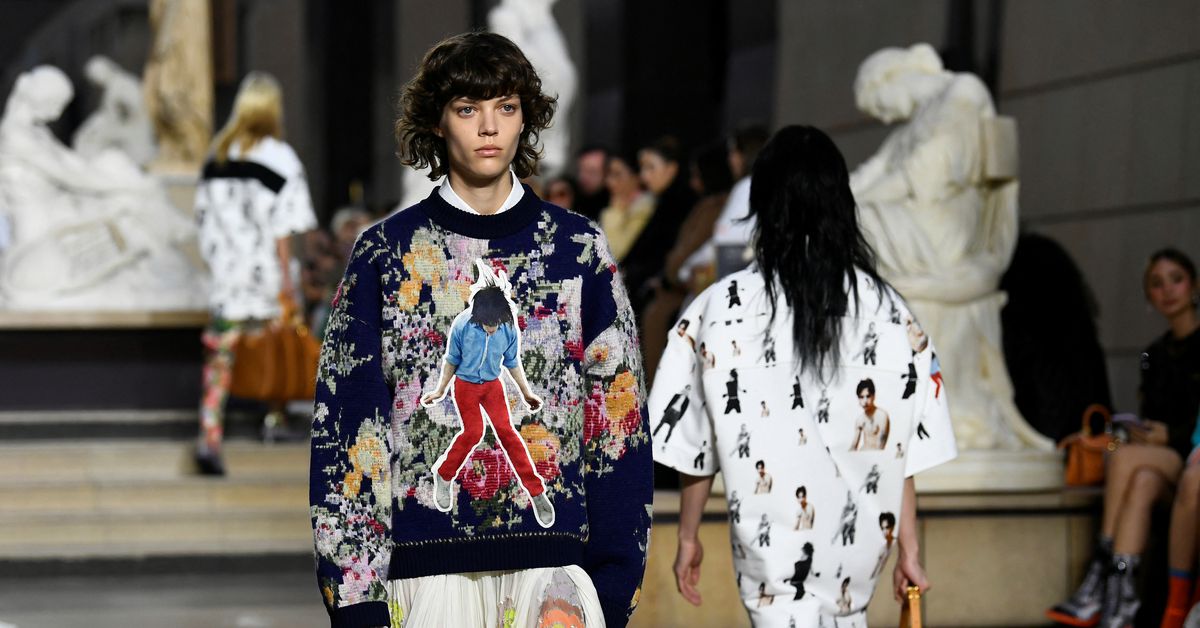 PARIS, March 7 (Reuters) – Louis Vuitton mixed culture and show business on Monday as it staged its fall fashion collection at the Musée d’Orsay in Paris, where models strutted among marble and bronze sculptures in oversized jackets and shirts layered over colorful dresses.

The collection of Nicolas Ghesquière, creative director since 2013, is once again becoming more masculine with XXL blazers before adopting a teenage spirit with sweaters tied at the waist and polo shirts over evening dresses.