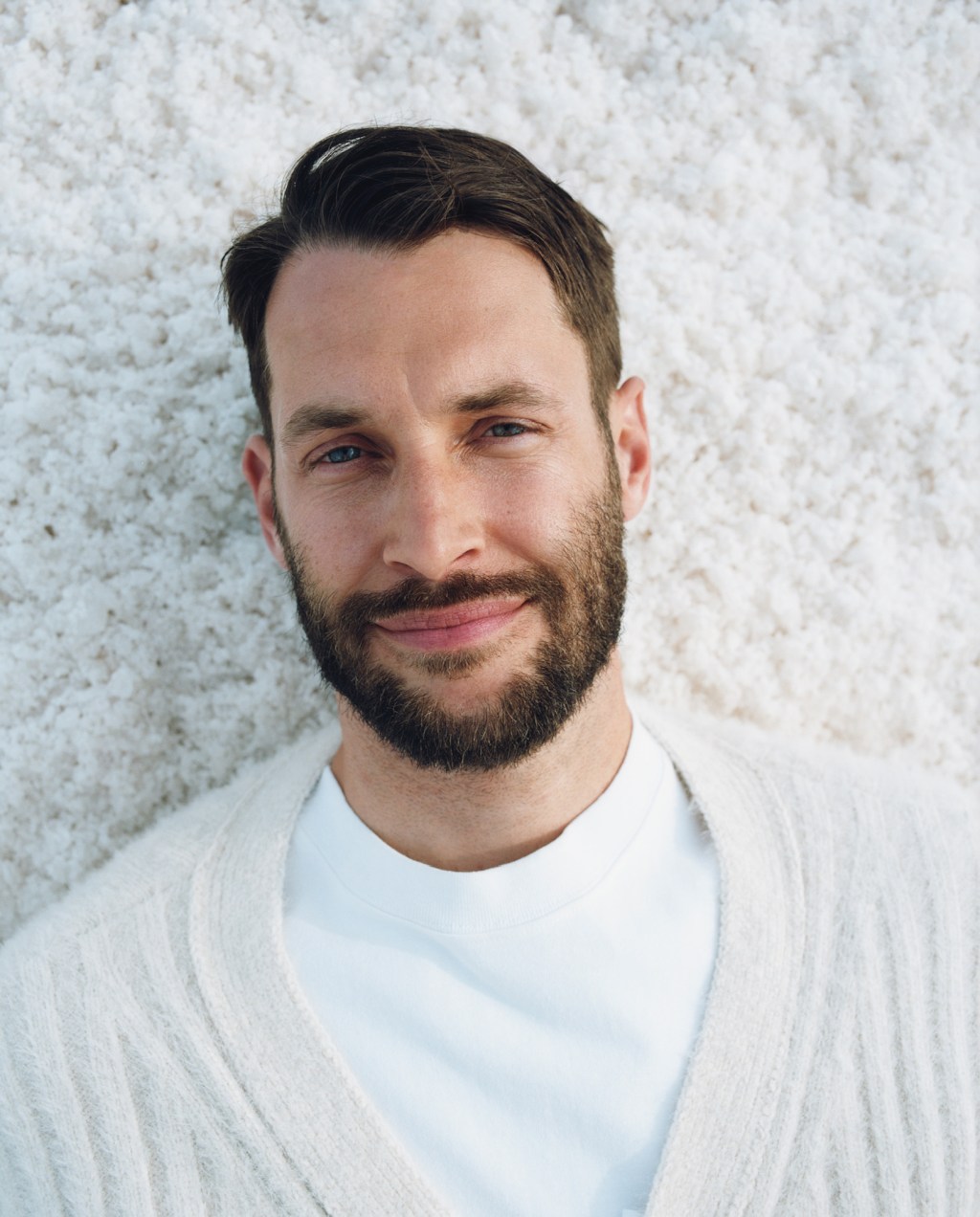 RUN ON HIS PATH: Simon Porte Jacquemus, who spent the weekend with pal Dua Lipa, kicked off the week by teasing his upcoming Nike collab on Instagram on Monday.

“For this collaboration with Nike, I wanted to create a collection that reinterprets athletic women’s sportswear in a minimal way. I’ve always been inspired by vintage ACG pieces and Nike campaigns from the 1990s,” the French designer said in a statement.

Porte Jacquemus said he envisioned “a world where outdoor pursuits and court sports intertwine in a new integrated aesthetic” for the collaboration, which spans apparel and footwear as well as “a variety of Nike designs. characteristics with unisex shoes and accessories”. The items will drop on its brand’s e-commerce on June 28 and will roll out globally across Nike’s retail network throughout the summer.

“With this imagery in mind, we designed women’s activewear with sensual details and neutral colors, as well as my own interpretation of the Humara, my favorite Nike shoe. It was important that the collection was accessible, for all body types, and that it was a natural blend of Jacquemus style and Nike performance,” he continued.

No other details about the designs were revealed, but Jarrett Reynolds, vice president of Catalyst Apparel Design at Nike, said the collaboration involved “[drawing] inspired by vintage ACG, the intertwining of Nike Dri-Fit fabric and [considering] shoes like the Humara, to create a connection between sport and style that can only be achieved through the common goal of Nike x Jacquemus.

The Nike x Jacquemus collection, described as redefining summer ready-to-wear as “comfortable anytime, anywhere,” comes as Whitney Malkiel, vice president and general manager of Nike Global Women’s, said to WWD in an interview on the brand’s 50th anniversary that it would continue to experiment with collaborations as consumers continued to seek comfort and versatility in the post-pandemic world.

“Women always like the idea of ​​comfort and versatility. What we see them doing is starting to mix it with something more personalized and structured as they get back out into the world and back to work. We we’re excited to play into this as we move forward,” she said.—LILY TEMPLETON

A DECADE LATER: Ten years after their first partnership, Louis Vuitton has teased its second chapter with artist Yayoi Kusama via the French brand’s Instagram.

The work includes a collection of exclusive bags that feature a reinterpretation of the artist’s obsessive stitches through Louis Vuitton’s signature shapes as well as on new designs.

According to the brand, the pieces celebrate Louis Vuitton’s longstanding relationship with the artist, and while they will hit stores around the world in January 2023, some pieces have already debuted as part of the fashion show. resort 2023 by artistic director of women’s collections Nicolas Ghesquière last week at the Salk Institute in San Diego.

So far, Louis Vuitton has posted two videos on its Instagram revealing the new collection. Each has already garnered 150,000 views.

The first chapter debuted in 2012 and saw Vuitton launch both a ready-to-wear and accessories collection in collaboration with Kusama. He expressed himself in a wide range of offerings, including unique exhibits, products and series of window installations, including a lifelike mannequin inspired by the artist herself. —THOMAS WALLER

NEW ART: Fendi is partnering with the Istituto Marangoni unit in Florence on a project called “Dis-cycling: The Seductive Allure of Creativity in Sustainability”.

Beginning this week, the initiative will see a number of students from the fashion and art school salvage materials previously used by the luxury house for its window installations to create new works of art.

Students will work under the creative direction of American visual artist Sarah Coleman, who was recently chosen by Istituto Marangoni as one of its mentors and has previously collaborated with Fendi on various projects.

Known for manipulating designers’ materials to reimagine everyday objects through an ironic filter, Coleman will work closely with students from Fashion Design, Multimedia Art and Textile Innovation courses, following them step by step. through the design, development and final execution processes. of their work. Fendi managers will also be involved in the interdisciplinary project through online and in-person meetings.

Also developed through a collaboration with Pardgroup – the Italian company that manages the window changing operations of Fendi’s European flagships – the final projects will be presented in the fall in the exhibition space of the Fendi factory in Bagno a Ripoli, 25 minutes by car from Florence.

In addition to telegraphing Fendi’s commitment to sustainability, the project builds on the brand’s continued support for new generations of talent in craftsmanship and luxury.

For example, last year the brand strengthened its partnership with the Juilliard School in New York to highlight the talent of emerging artists in different disciplines, from dance to theater. The company awarded the Fendi Vanguard Award to four rising stars selected from Juilliard’s final-year students enrolled in bachelor’s, master’s and advanced diploma programs.

The fashion brand and Coleman have worked together on several occasions, from redesigning Miami’s Fendi store in the Design District and creating a limited-edition Peekaboo bag in 2020 to launching a summer capsule collection l ‘last year. —SANDRA SALIBIAN

BETTER TOGETHER: OTB and the Zegna Foundations have joined forces to support Cesvi, an Italy-based humanitarian organization that helps Ukrainian families affected by the conflict.

Targeting pregnant women and mothers of children under five, as well as people with disabilities and the elderly who could not flee the country, the organization provides linens, pillows, stoves and kits of hygiene.

Through the two foundations, Cesvi said he has already helped around 1,000 families at several sites in the war-torn country, including Odessa, Dnipro, Kramatorsk and Kyiv.

“We have been supporting the Fondazione Cesvi for more than 15 years, in Italy and around the world, wherever natural disasters, conflicts or health emergencies have required a rapid and effective intervention to support local populations,” said Anna Zegna, President of the Zegna Foundation.

“In addition to sharing the same values ​​of human solidarity and the defense of social justice, we share the same operational approach, that is to say that we focus on concrete objectives, which we achieve quickly thanks to the knowledge areas of intervention and the ability to set up support. networks that respect the local context and cultures,” she added.

The Zegna Foundation has partnered with Cesvi in ​​the past, for example, for the “From A to Zegna” charity initiative to support educational programs globally.

Likewise, the OTB Foundation has had Cesvi on its radar. The organization’s “House of Smile” homeless shelter in Zimbabwe was among the recipients of the OTB Foundation’s 2019 “Brave Actions for a Better World” charity program.

Among the first responders to the humanitarian crisis linked to the conflict, the OTB Foundation responded to the urgent appeal launched by UNHCR and provided the country with medicines, first aid kits and basic necessities, repatriating women and Ukrainian children. It also ensured that refugees could take COVID-19 tests and be vaccinated and helped them find accommodation in private houses or residences. Earlier this month, the foundation and the OTB Group announced that they would offer long-term employment to Ukrainian refugees, as noted.

“We do not intend to leave alone those who have not had the chance to flee their country,” said Arianna Alessi, vice-president of the OTB Foundation. “This is part of the campaign that the foundation has launched to support Ukraine, and it is aimed at the target population that is most important to us: women and children,” she added.

Cesvi was founded in 1985 in Bergamo, Italy, and today operates in 23 countries through around 100 projects called “Houses of Smiles” in Africa, Latin America, Asia, Europe and the Middle East. — MARTIN CARRERA

TURNING IN CANNES: Revolve Group has been revealed as the official after-party sponsor of this year’s amfAR gala taking place during the Cannes Film Festival.

The VIP event will mark the first European event sponsored by Fwrd and Revolve under the collective RVLV umbrella.

“Presenting special events and experiences around the world has always been extremely important to RVLV Group audiences,” said Michael Mente, Co-CEO and Co-Founder of RVLV Group. “This is the first time that we have been active during the Cannes International Film Festival, and in the context of such an incredible setting and deployment of creativity, it is important for us to bring visibility to the amfAR organization, agent of change.”

Mente will host designers such as Peter Dundas and Sami Miro, as well as friends from Revolve and Fwrd, at the gala dinner and after party. The event is scheduled for May 26 in Antibes, France, at the Hotel du Cap-Eden-Roc.