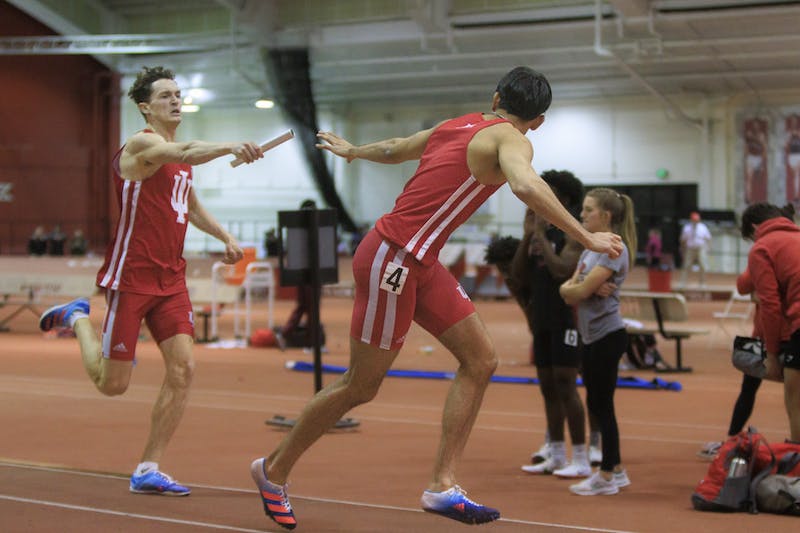 After entering the weekend ranked No. 24 on the U.S. Track and Field and Cross Country Coaches Association’s Ranking Index, Indiana’s men’s athletics lived up to expectations at the Alex Saturday’s Wilson Invitational in South Bend, Indiana.

The Hoosiers fielded a small group of mostly middle-distance runners and a pair of pitchers to meet. The first track event, the medley relay, kicked off a record-breaking day for many Hoosiers.

Veatch said his experience helps cut out the noise of outside voices when it comes to expectations.

“This is my sixth year, I’ve been around the block a few times,” Veatch said. “The momentum is definitely building and I have high expectations for myself.”

“The main goal was to qualify these two distance mixes,” Helmer said. “We did what we wanted to do here today and I think that will give us momentum for next week.”

Back on the track, senior Jake Gebhardt took first place in the mile run with a personal best 4:03.97. Senior Dustin Horter finished fourth with a time of 4:05.99.

Moving on to next week, Veatch said the Hoosiers’ workload will be relatively light.

The Hoosiers will travel to the Spire Institute in Geneva, Ohio to compete in the Big Ten Championships on Friday and Saturday. The encounter kicks off at 10:50 a.m. Friday with streaming available on Big Ten Network+.

The owners are sitting on $9.9 trillion in equity. Here’s how to get the most out of yours