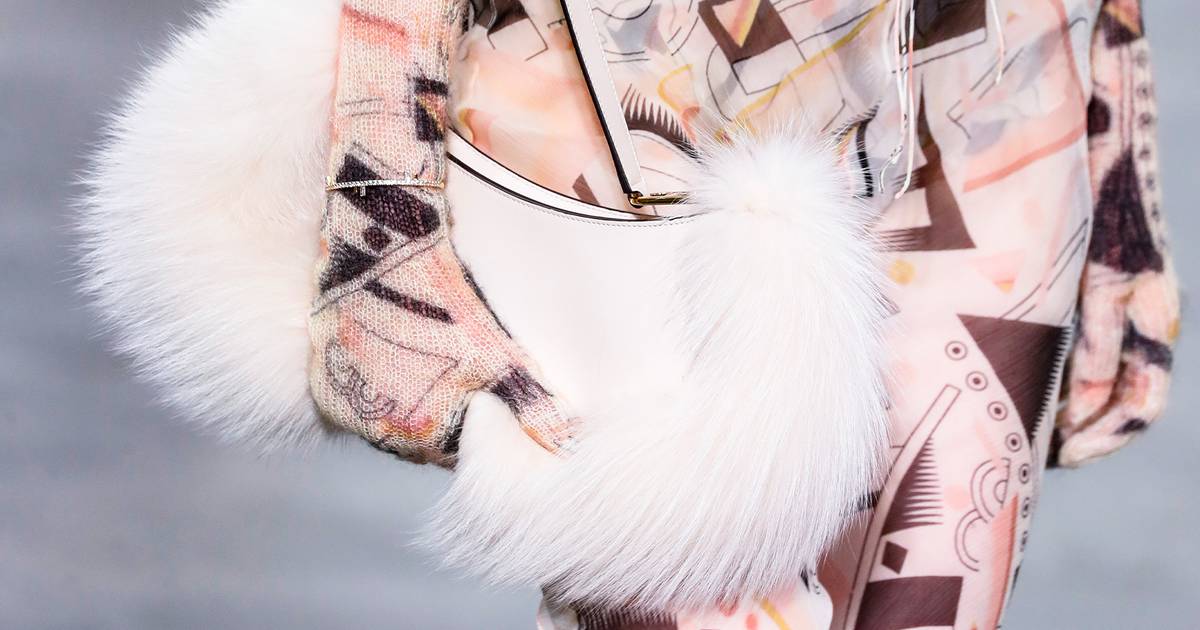 In Milan, looking back to find the future

MILAN — Another fashion week, and yet another terrible crisis. But fashion week didn’t stop in Milan and won’t stop in Paris. And yet Milan closed today with Giorgio Armani, the only designer to cancel his show as Covid-19 loomed in spring 2020, showing his collection in complete silence as a sign of respect for people whose lives was devastated by the tragedy unfolding in Ukraine.

Elsewhere, Milan Fashion Week was an energetic affair that put Italy’s fashion capital at the forefront of the international fashion scene. It was a season of highly anticipated debuts, generational renewal, and generally quality clothing. Italian fashion has always been known for its emphasis on product over concept, and this season was all about fantastic clothes that women will actually want to wear – in real life, not in the metaverse. From shapely blazers and feminine dresses by Prada, strapless suits and dresses by Versace and outerwear designed for movement and leather jeans by Bottega Veneta to stunning camel coats by Max Mara, the subtle balance between rigorous and sensuality from Jil Sander, flannels and chiffons from Fendi and Roberto Cavalli’s wild take on Madame Dressing, there was no shortage of eye-catching and highly desirable items.

What was missing was any challenge to the status quo, which says a lot about the current state of fashion in Italy and abroad. The global hold of Balenciaga’s huge shoulders and strong sense of elegance, complemented by Demna’s obsession with the power suit – he was there before many others – made a massive splash. Those shoulders, made even bigger by shapely waists, were everywhere. Now that sex and the body are back, there were plenty of Alaïa nods too, from both Azzedine and Pieter Mulier – so much so that newcomer Andrea Adamo came dangerously close to counterfeiting in a debut show that otherwise felt energetic and fresh, oozing Italian sensuality. It seems that now, more than ever, the advancement of fashion comes from adoption and adaptation, rather than invention.

Take Prada, for example: increasingly a global label with global reach, the revered house entered a new stage in which going against the grain is no longer the name of the game. It was a powerful collection in which you could see the minds of Miuccia Prada and Raf Simons finally uniting to affirm feminine elegance, but it didn’t push in a new direction. Kim Kardashian’s presence in the audience was telling: a move that has obvious media value but made Prada a follower, not a leader. Simons has also brought a new sense of elegance to his own eponymous brand, offering mystery and elongation with the kinky, subcultural twist he does so well.

Time seemed to be on many designers’ minds this season. Time as plunder from the past, but especially personal time as plunder from one’s own past, probably forgetting Picasso’s observation that regurgitating one’s past work was the beginning of the end. But in fashion it works differently, and it’s normal to move forward looking back. Prada and Simons are constantly looking at iconic Prada moments from the past, reproducing them. Returning to the program six years after Costume National closed in 2016, Ennio Capasa brought his abrasive past to his new label Capasa Milano. The resurgence of all ’90s was the perfect time to piece those tropes back together, and the collection didn’t feel nostalgic. He could have used a little streamlining, though.

At Fendi, Kim Jones also undermines the past, sometimes quite intensely. This season, in what was arguably his most compelling outing for the Roman fur and leather house to date, he took on 1986 and 2000, seasons that respectively expressed the hard and soft sides of the design personality of Karl Lagerfeld, for a mix that oozed the boiling sensuality and perverse rigor of Delfina Delettrez, daughter of Silvia Venturini and muse of Jones. It was a catchy hunch: Fendi, after all, is a matriarch, and by focusing on the next generation, the creative director made the feminine Roman trait relevant for now, no need for nostalgia.

At Diesel, on his first IRL show since taking over as creative director, Glenn Martens was looking at the brand’s past – its trashy, cheeky ’90s heyday – through his own distorted and sardonic fashion filter. He upped both the denim and the sexy-trash ante, producing a smashing vision of dressing as unapologetically pure fun.

Nicola Brogano, too, continues to pillage the past at Blumarine – this time it was the sexual decadence of the brand’s Helmut Newton campaigns in the mid-’90s – in what is essentially a style operation that has nevertheless handed the label on fashion card. It’s telling that the show’s notes mention Brognano’s super-stylist, Lotta Volkova, right after him, as if she were in charge.

At Etro, looking at the brand’s highly codified history is a no-brainer, but this season Veronica Etro has done a good job of mixing the usual suspects – cashmere, nomadism and a nod to bohemian – in a way that seemed somehow lighter, even raw, and therefore fresh. But she could have gone further. At Tod’s, Walter Chiapponi interpreted the house’s Italian classic with a vibrant sense of restraint and elegance, opting for monochrome.

But the undisputed master of the historic mashup was Gucci’s Alessandro Michele, who was back in town with a very Gucci collection that blended rigorous tailoring, Adidas stripes and flamboyant club culture in a thrilling show held in a 1990s synth-pop mirror room. 80. Everything was very eye-catching and perfectly executed, especially in the use of the three stripes. Right now, it’s clear that disruptive change isn’t in the cards at Gucci. What changes is the seasonal mix of the same ingredients, and this season has been good.

The resurgence of sexy dress as a form of post-#MeToo female emancipation has been going on for some time, but this season it has reached boiling point, in all possible modulations, from sharp and austere to simple. perverse. Sportmax has made great strides in upping the ante and he’s gone gaga this season, in a feat of high lunges, broad shoulders and icy, irresistible seduction. The hems were cropped cropped and the waists nipped in to ambush. It was the label’s first show and it was a very produced affair. The collection hit a variety of notes, not all of them original. The fetish element was particularly captivating.

Fetishism was an explosion at Versace. It was the nth iteration of the recipe, but it went particularly well in a mix of cheeky (bustiers and latex stockings) and bourgeois (Chanel tweeds and easy elegance), power dressing and maid sequins.

Oh, glitter: the season was all about sparkle every moment of the day, not just at night. After two years without socializing, the desire to party or just shine and look fabulous, but also be seen, is understandable. At No. 21, sequins mixed with masculine fabrics in a more relevant than costumed way, confirming Alessandro Dell’Acqua’s sense of trend and craft.

At MSGM, Massimo Giorgetti followed an idea of ​​astrophylia. By stripping shapes to a raw minimum while maximizing sparkle, it hit a bold fashion nerve: there was a svelteness to this outing that was fresh and to the point, no pop of color needed.

Nods to cabaret and undertones of androgyny created an intoxicating and charming mix at Lorenzo Serafini’s Philosophy, while at GCDS horror took on a candy store sheen and a cartoon zing of sexyness. . Missoni, too, was all about sparkle and boldness, while at Palm Angels crystals were part of a celebration of individuality that had the requisite Californian vibe as well as a closeness to grunge Saint Laurent. by Hedi Slimane.

It was a season of highly anticipated new starts, injecting new energy into the system. At Bottega Veneta, Matthieu Blazy took a quiet turn, toning down the boldness of Daniel Lee, who abruptly left the house in the fall, in favor of something decidedly more bourgeois. No maxi-intrecciato, therefore, and no stompy boots; rather extreme refinement, clean lines, lots of leather and a version of the intrecciato reminiscent of the dusty 70s of the house. Carefully executed, and very inspiring in the nods to Mariano Fortuny (a little less so in Céline’s redux pieces in tailoring and fur, though Blazy, of course, worked with Phoebe Philo), the collection was no unconvincing in the many directions it’s taken, and ultimately a little disappointing, not least because the communications strategy still follows Lee’s bold language, and the two things don’t add up. Still, the elegance and refinement were tangible and promising, and that’s just the beginning.

A new identity is a work in progress, and that was clear at Trussardi, where newly installed creative directors – Benjamin Huseby and Serhat Isik, from GmbH – presented their first collection at the construction site of the renovated Trussardi Palace in Piazza della Scala. The contrast between Trussardi’s chic setting and the designers’ underground multicultural sensibility couldn’t be greater, but it was the thrill. With its sea of ​​black and fetish/clerical silhouette, the collection had a high cool factor but not much meaning in such a house. Again, this is just the beginning, so it will be interesting to see where the action heads next.

Not much sense beyond the idea of ​​translating the cars’ bold shapes and speed into street wear was the problem at Ferrari, which debuted on the Milan calendar after the Maranello “experiment” last June. . Creative director Rocco Iannone has a vision, but the automotive references make things a bit gimmicky.

But Milan wasn’t just about clothes that sell. There were designers working on a high concept. On some level, things went wrong at Marni — the venue was too dark, the wait too long, the show too slow — but the clothes, shredded and mended, were fantastic.

The highlight of the season, however, was Sunnei’s extravagance. Shown on models rushing to the next show – a very simple but oh so clever idea – the playful and colorful nature of the collection came to life in an immediate, energetic, fun and inclusive way; and a comedic commentary on returning to normal. It was a crash. A demonstration that clear thinking translates into effective actions, no need for too much complication.

Deepika Padukone is the face of fashion brand Navyasa