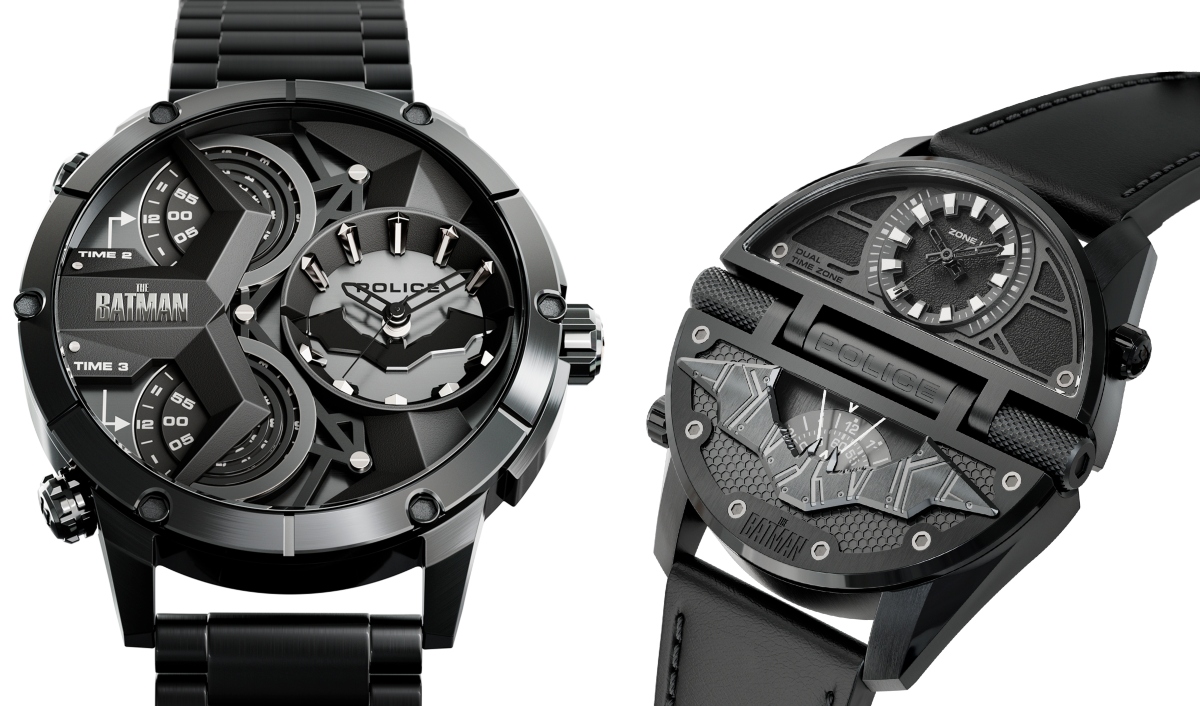 The world’s greatest detectives team up with Police to launch The Batman Collection – a limited-edition set embodying the true spirit of Gotham’s vigilante, ahead of DC Superhero’s next feature film.

A collection of four unique watches with only 10,000 pieces produced worldwide, the watches are inspired by elements from the all-new film, The Batman, and artfully depict various entities found in the film: Bruce Wayne’s alter ego, the masked vigilante known as The Batman; the rising enigmatic new character, Vengeance; the crime city of Gotham; and Batman’s mysterious new acquaintance, Catwoman.

The Police x The Batman watch collection is a meticulous fusion of fashion and font design language. Weaving together a strong and dark ensemble inspired by some of DC’s fan favorites, the collection delivers a powerful style statement, sure to appeal to watch enthusiasts and DC aficionados alike.

All models in the limited edition watch collection come in a specially designed box with an embossed half bat wing on the black outer sleeve. The case inside, housing the watch, is a carbon fiber 3D half batwing which, as it slides, completes the full Batwing design. That’s not all, the case opens to become a full-fledged, standalone Batwing complete with Police x The Batman logo and Batsuit-inspired texture. Each box comes with a Green Letter envelope – the perfect nod to the one used in the film. The envelope contains the letter of authenticity and the photos of the film.

Police has only released 10,000 The Batman Limited Edition watches worldwide, which will be available for sale worldwide. It is now available in online stores and physical Helios stores in India.

How Genesis hopes to take on Lexus