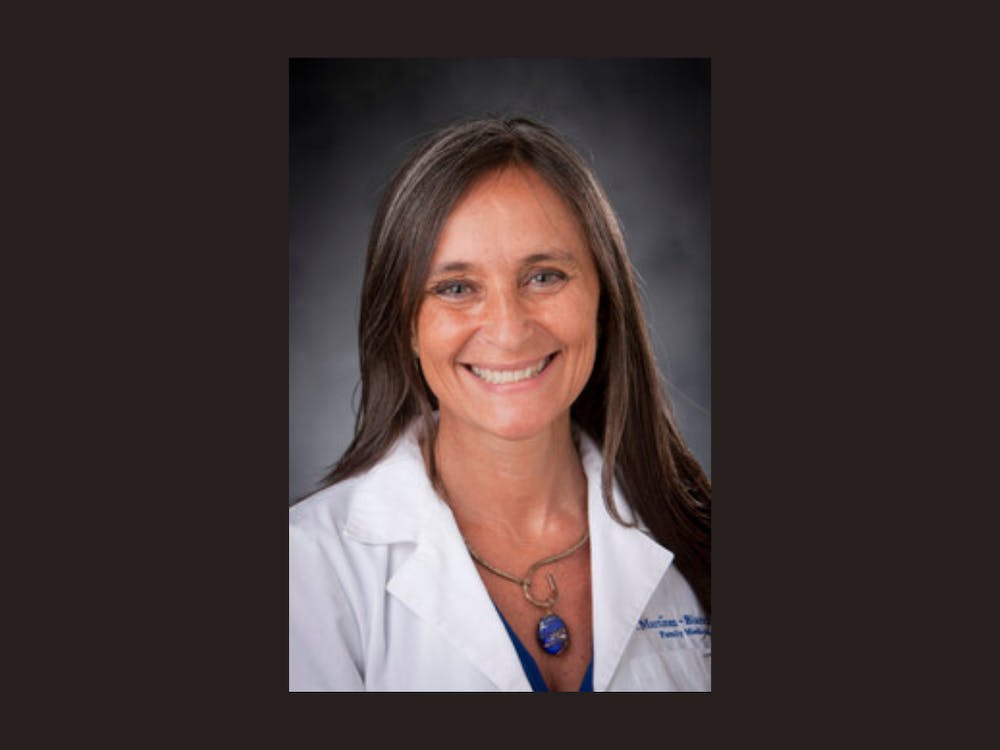 Martinez-Bianchi, who is director of health equity for Duke’s department of family medicine and community health, said she felt incredibly honored and didn’t expect the award.

“There is a saying in Spanish, “Nadie es profeta en su tierra”, which means “No one is making a profit in their own country”,“She said.” And to receive recognition from the North Carolina Academy of Family Physicians when there are 4,300 other extraordinary physicians working in this state is an honor. “

Martinez-Bianchi said that while she enjoys playing many different roles in any given day or week, her favorite part of her job is seeing her patients. She found a silver lining in the switch from in-person visits to telehealth during the pandemic.

â€œIt was like visiting people at home. I saw through the telehealth visits aspects of their home environment that I had never seenâ€¦ it was beautiful and in some cases it was almost like a home visit, â€she said.

Aside from clinical work, which accounts for about 30-40% of her average week, and her administrative role at Duke, Martinez-Bianchi is a strong advocate for the Latinx community. She co-founded the Latinx Advocacy Team and Interdisciplinary Network for COVID-19 (LATIN-19) with Duke’s pediatrician Gabriela Maradiaga Panayotti in March 2020.

The group’s mission is “to improve the health and well-being of diverse Latin communities” using culturally competent solutions and collective leadership while “recognizing and amplifying the strength of the Latin community,” according to its website. .

Martinez-Bianchi said the group is valuable because it has created a safe space for community leaders and health workers to exchange information.

Although the group is focused on overall health, its origin and much of the work that has been done so far is linked to the COVID-19 pandemic. Among other advocacy and programming activities, LATIN-19 has participated in the translation of information related to health care and vaccine promotion.

â€œA few weeks ago, I was talking to several representatives of community organizations, and they would hear from the community that they would only get the vaccine if it was a Duke event. This trust is something that we help develop. And that is so important, right? And it’s just because we listen, and we pay attention, and we try to make changes based on the needs or suggestions of the community, â€said Martinez-Bianchi.

Martinez-Bianchi grew up in Argentina, where his father worked as a vascular surgeon and his mother as a biochemist. As a child, she always knew she wanted to be a doctor. However, the World Health Organization’s Alma-Ata Declaration, which declared health a human right, sparked his interest in public health.

Get The Chronicle delivered straight to your inbox

Subscribe to our weekly newsletter organized by an editorial. Cancel anytime.

â€œI have always dreamed of this space which offered both clinical care and public health,â€ said Martinez-Bianchi.

When she was in medical school in Argentina, she discovered family medicine, which did not exist as a specialty in Argentina to the same extent as in the United States. Martinez-Bianchi trained in family medicine at the University of Iowa before becoming a rural physician in Iowa for five years.

While Martinez-Bianchi loved her clinical practice, she wanted to pursue both education and public health. After several roles that brought her closer to these goals, she started working at Duke in 2014.

Throughout his time at Duke, Martinez-Bianchi’s practice and advocacy has been based on listening to the community.

â€œThe community always has a voice. The problem is, can we hear it? And who hears it? she said.

Although she loves that her work allows her to make an impact on community health at the local level, Martinez-Bianchi is currently vying for a job that would allow her to work on issues relating to family medicine at a global level. His campaign for the presidency of the World Organization of Family Physicians follows a six-year term as a full member of the WONCA executive.

In addition, Martinez-Bianchi dreams of a Latin American center of excellence in health in Duke that would “extend what we have done just for COVID to other medical issues … there is so much to do in an interdisciplinary way. “.

Anna Zolotor is a junior at Trinity and editor of the 117th volume of The Chronicle.