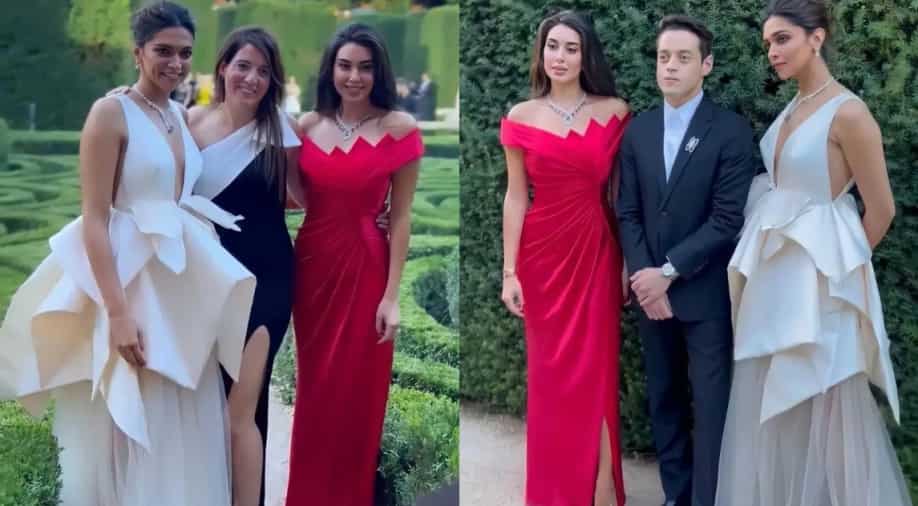 After setting some major style goals for herself at the Cannes Film Festival, actress Deepika Padukone is giving us all some really big fashion cues with her latest outing. As divine as ever, the diva recently attended an event in Spain hosted by luxury jewelry brand Cartier. There she met Oscar-winning actor Rami Malek and actress Yasmine Sabri. The three stars are the ambassadors of the luxury brand.

In a white gown, Deepika looked utterly stunning as she posed alongside other celebs. The dress featured a plunging neckline, which the actress wore perfectly. She tied her hair in a messy bun and wore a diamond-studded necklace and Cartier-brand diamond earrings.

Rami Malek looked sharp in a black suit. He paired it with black shoes. Yasmine Sabri looked stunning at the event in a red dress. She was seen having a candid conversation with Deepika in the video she shared on her official Instagram account.

Several photos and videos from the brand’s event are going viral on social media.

Sharing a clip from the event, the Egyptian actress tagged the brand in the caption with heart emojis. Looked!

On the cinema side, Deepika will then be seen in “Pathaan”. Directed by Siddharth Anand, it stars Shah Rukh Khan, John Abraham and Deepika in leading roles.

The actress will also star in Nag Ashwin’s upcoming film. The film will mark Deepika’s debut in Telugu.